TAKE ACTION! Sign our petition on change.org to call on Theresa May to fund replacement of Grenfell-style cladding. No more fires, no more cold.

See below for our report on the state of cladding and insulation in the UK. You can also download the PDF file here (recommended in order to follow any links in the document!).
Fuel Poverty Action briefing - Cladding_ A national emergency10.04.18 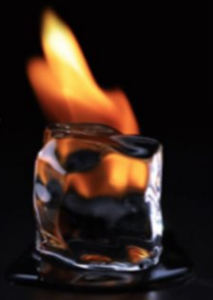 Tomorrow is FPA’s next regular monthly meeting. We’ll be focussing on a presentation of some research that we’ve done on fire safety and building regulations – what’s happened post Grenfell and what the law states. We’ve been trying to find out who is responsible and what can we do about it?
We’ll have a discussion about this, as well as some regular meeting points, including an update on what’s happening around London with district heating.
The meeting is at 7pm, at Crossroads Women’s centre, 25 Wolsey Mews, Kentish Town, NW5 2DX. Do come along!

Book your free tickets on Eventbrite by clicking this link.
Following the Grenfell atrocity, many high-rise blocks have had their cladding and insulation removed, leaving thousands exposed to illness and death from cold. Last winter over 11,000 people died from cold homes. Like deaths from fire due to shoddy building standards and unaccountable public and private landlords, deaths from cold in this rich country are a shocking and unacceptable tragedy. Residents on many housing estates, new and old, are fighting for insulation – but it has to be safe!
At the same time more and more housing estates are being fitted with district heating networks. Communal heating could save both money and carbon but in practice it is unregulated and often done badly, leaving many residents cold and out of pocket. Also, without thorough inspection, pipes can be left with gaps around them that provide thoroughfares for fire and smoke.
This meeting will be a great opportunity to discuss what residents are demanding and can demand, and exchange ideas and experiences with housing activists, experts on insulation, construction and maintenance, and political decision-makers.
The meeting will be on 18th January, 18.30-21.30 at Crossroads Women’s Centre, 25 Wolsey Mews, NW5 2DX. The venue is wheelchair accessible.
Confirmed speakers include:
***Ishmael Francis-Murray, lifelong Lancaster West resident. Check out his documentary, Failed by the State (https://www.youtube.com/watch?v=9tFPCUgjbfA).
***Cllr Emma Dent Coad, Labour MP for Kensington, and author of ‘After Grenfell: Housing and Inequality in Kensington and Chelsea, the most unequal borough in Britain’.
***Sian Berry, Green Camden councillor and London Assembly Member. As Mayoral candidate, Sian proposed free insulation for all homes.

***An architect from Concrete Action, an independent network of architecture professionals.
Book your free tickets on Eventbrite by clicking this link. 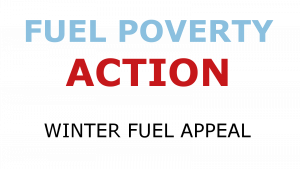 It’s that time of the year again. As winter kicks in, many people struggling to pay high energy bills are getting much needed relief. Universal Winter Fuel Payments for pensioners are essential to ensure that everyone can get help. However, for those who receive the payment and do not need it, please consider donating to Fuel Poverty Action to support those living in fuel poverty.
To help us fight for better insulation, fair prices, renewable energy, and warm homes, please donate today.
[accept_stripe_payment price=”0″ name=”Donate custom” button_text=”Donate”] 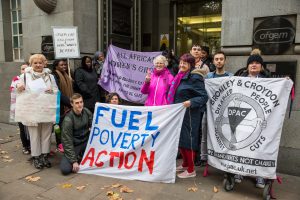 We received a reply from Claire Perry in response to our letter about failing housing standards (see Dying from Cold and from Fire – because standards are not enforced). It is embedded below, or you can download it here.
Response from Clare Perry 30 October

Some people advertising a strange ‘essay writing’ website took over the fuel poverty action website recently, and we’ve only just got it back into working order. If you notice anything strange on here please let us know! We’re doing some work to make sure this doesn’t happen again in future.

Last weekend FPA joined the Rolling Resistance, a month-long push organised by Reclaim the Power to support the anti-fracking movement on the front line in Lancashire.  Local people are overwhelmingly opposed to fracking, which threatens to pollute their water, land, and air, and turn their beautiful home into an industrial landscape for the sake of a climate-changing fossil fuel, shale gas.  The County Council’s clear decision not to grant permission was over-ruled by the government, which changed the law to empower themselves to ignore local decisions.
For 6 years, led by the Nanas,  they have lobbied, petitioned – and physically blocked the way, preventing fracking firm Cuadrilla from freely accessing the site.  For the month of July, they’ve been reinforced by campaigners from all around the country.
Small but effective actions every working day, with people of all generations locking themselves on to block the gate, culminate every Friday in a mass rally, which has the same effect: no one can get through.  With “protector camps” against fracking at many sites around the country, there has so far been no gas produced by this destructive process, as of now — six years on from the first attempts to begin high-volume fracking in the UK.
The Lancashire actions will continue throughout July, and newcomers are made welcome at the Rolling Resistance support camp, where you will find music, food, and workshops with information and training for whatever you might choose to do.
Fuel Poverty Action has always opposed fracking.  It is being presented as an economic blessing on the grounds that it will mean cheap gas and lots of jobs.  Last Friday trade unionists and others spelled out how the “jobs” issue is a con – they would be short term, and fracking would destroy a local economy based on agriculture and tourism.
Meanwhile Ruth London from FPA debunked the idea that fracking would bring down the bills.  The video of her speech (kindly filmed by Jo Syz) is below, for more information see here.