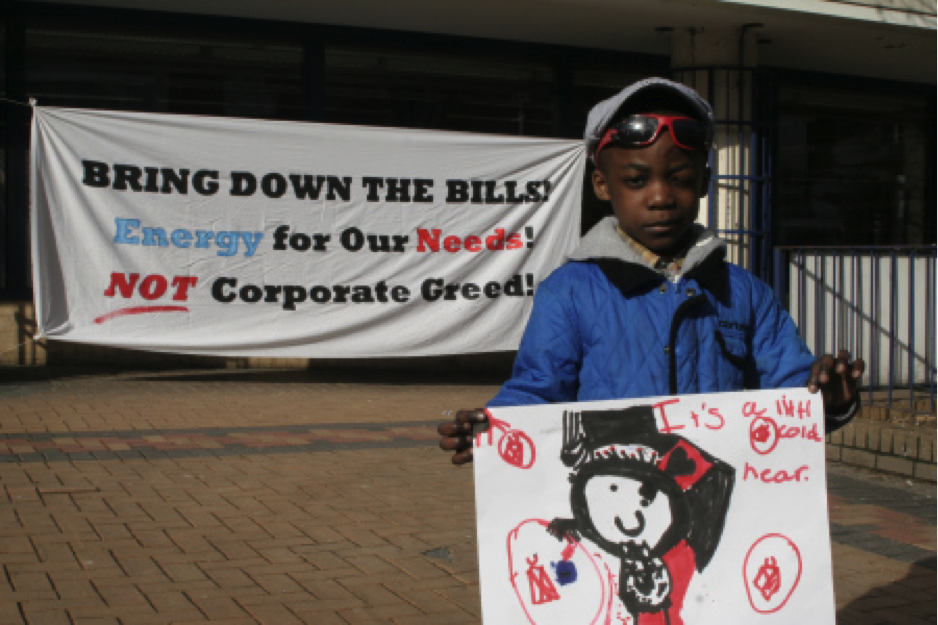 Fuel Poverty Action are deeply skeptical of whether Scottish Power are an appropriate sponsor for an event aimed at tackling fuel poverty. Scottish Power made over £700million pre-tax profits last year after they put up their bills by 7%. The Big Six energy companies- SSE, Scottish Power, npower, EDF, Eon and British Gas- made a total of £3.7billion  in 2012 .  They made this money whilst an estimated 7 million people are struggling in fuel poverty in the UK (even according to the new, much stricter definition of fuel poverty) and 1 in 4 families are choosing between heating and eating.
Energy should be available for everyone who needs it, not just those who can afford the ever-rising bills. Those who are most vulnerable to the impact of cold homes are often those least able to afford it. A new film made by Energy Bill Revolution demonstrates the impact of cold homes on children’s health- http://www.youtube.com/watch?v=rGyjmRC-4Eg
The dash for gas and fracking have been sold to us as a solution for fuel poverty. But they will not bring down the bills either. The dash for gas will significantly increase our fuel bills (see page 5- http://www.theccc.org.uk/wp-content/uploads/2012/12/1672_CCC_Energy-Bills_bookmarked.pdf ) and fracking will not bring down the high costs either, even say those pushing fracking- including fracking company Cuadrilla’s PR team and Ed Davey, the Tory Energy and Climate Change minister.
We know there is another way! Communities can control their own energy, bills can be cheap, homes can stay warm and we can have clean energy. If you share that vision too, get in touch [email protected] and come and get involved.