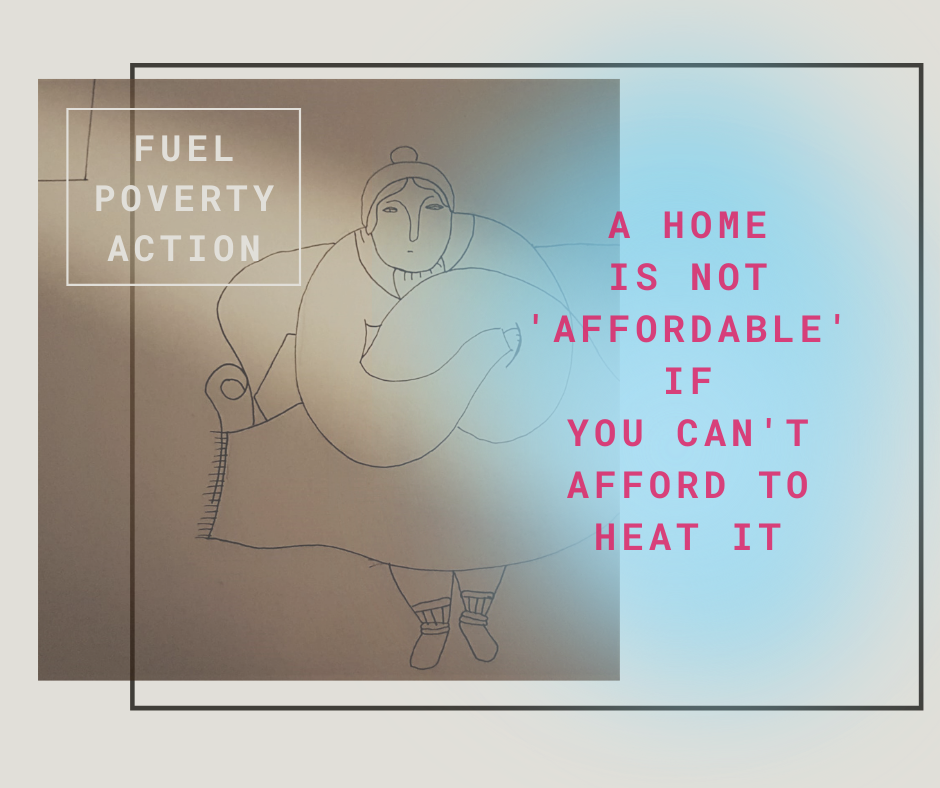 FPA’s new Dossier published 3 April brings out in the open the sense of impunity, the buck-passing, and the dazzling incompetence that have made “home” a place of nightmares for tenants of a social landlord. It details tenants’ battle for affordable heat and accountability and how they have managed to win – so far – a reduction of their tariff by one half. It also explores the complexities of heat network (or “district heating”) pricing and the position of social housing tenants on a private, mostly leaseholder, estate.

With heat networks and housing developments like this one becoming more and more common, the new Dossier serves as a warning, a guide to needed changes, and a handbook for action for the growing number of residents affected by unaccountable heating and housing systems.

You can read the press release for the dossier below. For the full report see here.

Fuel Poverty Action is today publishing a remarkable exposé showing how families have been left in the cold because their unaffordable heat network and their social housing tenancies have created a legal limbo. For their heating, they are tied to one supplier, but they have no control of prices, no contract, no legal rights, and no one to complain to. This crisis has been created by a toxic – but increasingly common – mix of unaccountable housing and unaccountable heating. The tenants have led a long fight for affordable warmth and against the odds, have won major price reductions.

Phoenix Works is a new build development in Tower Hamlets with 28 ”affordable rent” tenants housed by Peabody housing association(1). When they moved in, tenants “couldn’t believe” what their prepayment meters were consuming. Many simply could not pay the up to £250 a month required to keep warm. Some had to move out and stay with relatives, some got ill, some went deeply into debt. Meanwhile their landlord and heat provider passed the buck to each other, displaying a sense of impunity, and dazzling incompetence.

The tenants’ heat is provided by a “Heat Network”. Heat networks are like central heating for a whole estate, and are being heavily promoted and subsidised by the government on the grounds that they offer a low-carbon alternative(2). Customers of a Heat Network cannot switch, nor is there any price cap or, as yet, any regulation. Assessed as eligible for “affordable housing”, the ex-council tenants had no warning of the extra costs, and no heat contract. They could not even find out who was responsible for their heating and tariffs: the estate management, KFH, or their social landlord, Peabody?

Ms Lewis, who has led the fight for affordable heating at Phoenix Works says,

“Peabody can’t escape responsibility for allowing tenants to suffer. Some have had to choose between heating homes and feeding families during winter months, all because of the lack of information and accountability from the very beginning.  Do we have to just put up and shut up with whatever charges KFH decide to throw at us?  We would never have chosen to live this way had we been given the choice.”

“Cold kills. 10,000 people die each winter in the UK because they can’t afford to heat their homes.  And that was the number before a respiratory pandemic!

Heat Networks are supposed to provide low carbon, low cost, reliable heat. But FPA work with residents in many such estates who are fighting huge bills, constant heating breakdowns, or both.The sheer unaccountability of both heating and housing management has never been more blatant than at Phoenix Works.”

With Fuel Poverty Action(3), tenants are calling for a public inquiry to uncover what has happened and what structural and legal changes are needed to prevent it happening anywhere again.

Tenants from Phoenix Works are available for interview.  Also available are residents from other heat network estates in Tower Hamlets and all over London who are suffering from high prices or frequent outages, both of which can leave households without either heat or hot water.

As well as Fuel Poverty Action, the Phoenix Works tenants have won support from SHAC, who contributed to the dossier, from the Heat Networks team at BEIS  ([email protected]), and from their MP, Apsana Begum.

For substantial coverage in The Times see HERE.